"..the blind forces of rage and unreason that drag us into conflict." 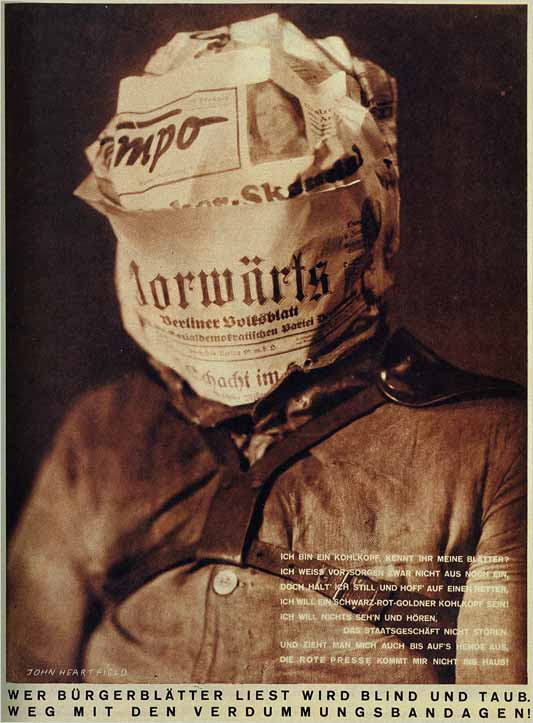 “Whoever reads bourgeois newspapers becomes blind and deaf. Away with these stultifying bandages.”

Yes, Trace. You're right. Errol Morris is an amazing dude..

The title above is taken from the last paragraph of his post about the faked Iranian war missiles photograph. He really hit a note with that last line about the "..the blind forces of rage and unreason that drag us into conflict."

It's the one thing I can see in common between all the wars and conflicts I know about. There's always someone stirring it up in the background, always someone blaming one community or race or country for their own problems. I've started thinking that if it wasn't for this element that dictates to people what they should believe and who they should blame for their problems that there would be no war or wars..

I know that there is still the basic urge that humans have to kill each other which I hope we are slowly evolving away from.. but it takes someone to give people what they think they need - blame - to get their hatred and anger focussed on whichever community is getting blamed at the time or whichever is nearest or weakest.

Errol Morris' long article - I don't want to call it a blog post because it is more than that - about the faked photos resonated with me as it agreed exactly with the conclusions I've come to recently myself.

Here's the link again so you can read it for yourself.

Errol Morris - Photography as a Weapon.

Basically, use your brain, don't believe everything you read or everything you're told, especially as that other person may have read it somewhere anyway..
Posted by Unknown at 8:03 pm